You are here:
Montgomery Advertiser | May 29, 2019State Actions

Would expanding Medicaid in Alabama bankrupt the already cash-strapped state budget and further sink our country into unsustainable levels of national debt? “When you expand Medicaid, the administrative costs and the cost of expansion will eventually swamp the state,” warned U.S. Rep. Gary Palmer (R-AL). “It has in other states. Illinois is about to go bankrupt.” States that expanded Medicaid have signed up more than twice as many “able-bodied adults” than expected and per-person costs have exceeded original estimates by a whopping 76%, according to a 2018 report by the Foundation for Government Accountability. This led to cost overruns of 157%, the report showed, with Medicaid now accounting for one of every three state budget dollars. 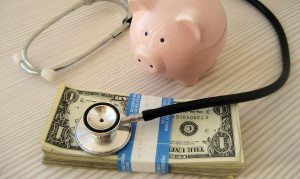