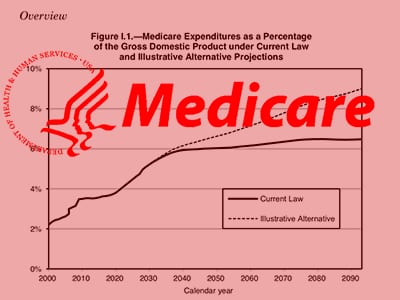 The latest annual Medicare trustees report highlights the program’s growing fiscal challenge and reflects policymakers’ ongoing failure to prepare Medicare for the future. Medicare’s Hospital Insurance trust fund becomes insolvent in 2026, but the program is already in trouble from a budget perspective. More than $300 billion in general tax revenue was needed in 2018 to help fund $740 billion in Medicare spending. Bipartisan legislation will be needed to put the program on a sound basis for future generations. One starting point could be proposals advanced in the president’s budget and other reforms to improve the functioning of traditional fee-for-service Medicare. Adopting premium support, which converts the current uncapped subsidy to a defined contribution, would eliminate the fee-for-service incentives that drive up spending unnecessarily. Such a reform is controversial but less dramatic than many think.